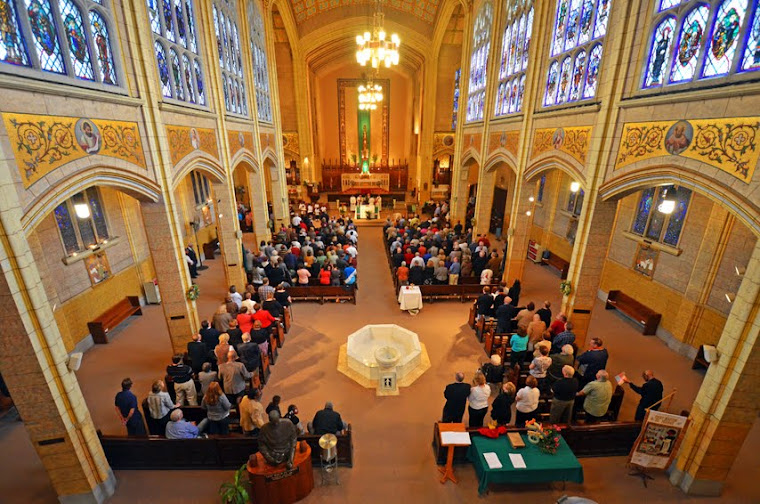 James F. Fitzgerald, "Fitz," age 70, of Schaumburg and formerly of Chicago. Loving husband of Judith (nee Millaney). Devoted father of Lynn (Patrick) McElhone and Clare (Peter Bower). Proud grandfather of Jack, Katherine, Maura and Kevin McElhone. Beloved son of the late Gerald and the late Katherine. Fond brother of the late Robert. Cherished cousin of the Murphys and Brennans. Jim went from his first job cutting grass on the Columbus Park golf course on Chicago's West Side to a successful career in commercial insurance. He was a lover of a round of golf at St. Andrews, an afternoon with the horses at Arlington Park, and fun times with family and friends at Sabatino's, the Wellington, and Palm Court. Note to Jack Hurley: Jack, Thanks for all the lunches-Fitz.

In Memoriam - Donald A. Rio 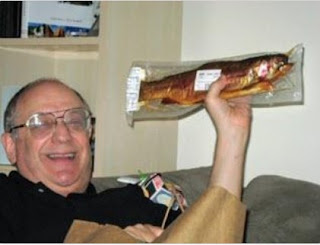 Donald Anthony Rio was born on May 17, 1946, in Chicago. His parents were Frank and Dora Rio. In the late 60s, Don began dating Patricia Camasto, and they married in 1970. Not long after, he graduated from Northern Illinois University with a Master's degree in psychology.
Mr. Rio had a long and impressive career, caring for people who suffer from mental illness. He also taught classes at several universities, and had a private practice in Lombard, IL, The Midwest Counseling Center. At his practice, Mr. Rio worked as a drug and alcohol counselor, and also a marriage counselor. Later in his career he wrote a psychology book titled, *Fire in the Heart*.
Don was a well respected member of his community and was an inspiration for many people. He loved to laugh and make people laugh. Don had a big heart; he was always there if you needed him. Positive thinking and passion for life were his trademarks.

Posted by Elaine McIntyre Beaudoin at 7:34 PM No comments:

Thanks to Diane Callahan Mastny for posting the great photos from STA's 1968 50th Reunion at Hackney's earlier this month. 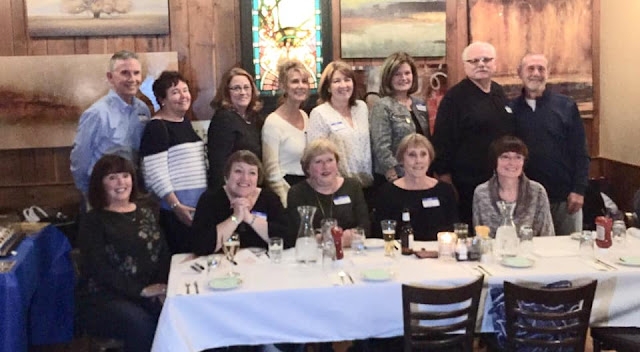 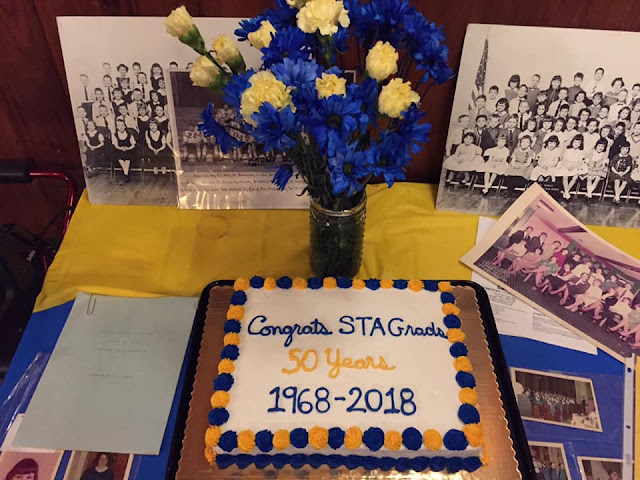 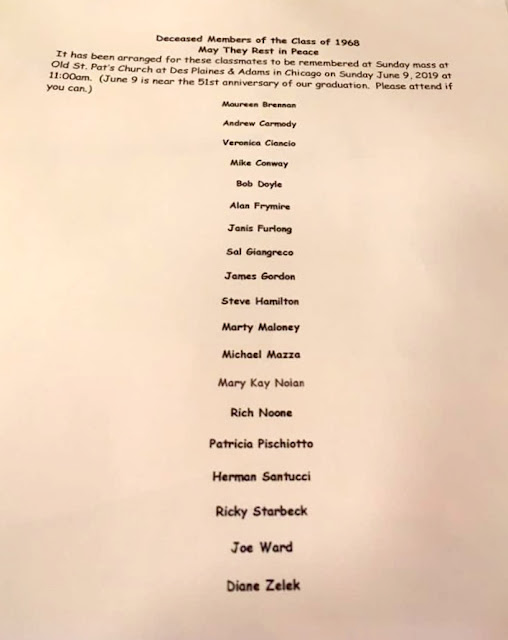 Thanks, again, Diane for sharing the information on your 50th reunion gathering.

Posted by Elaine McIntyre Beaudoin at 11:03 AM 2 comments: 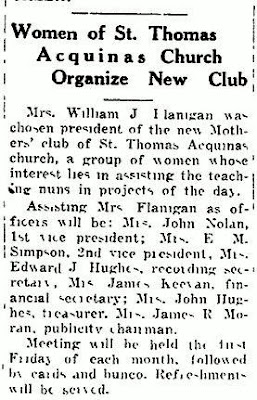 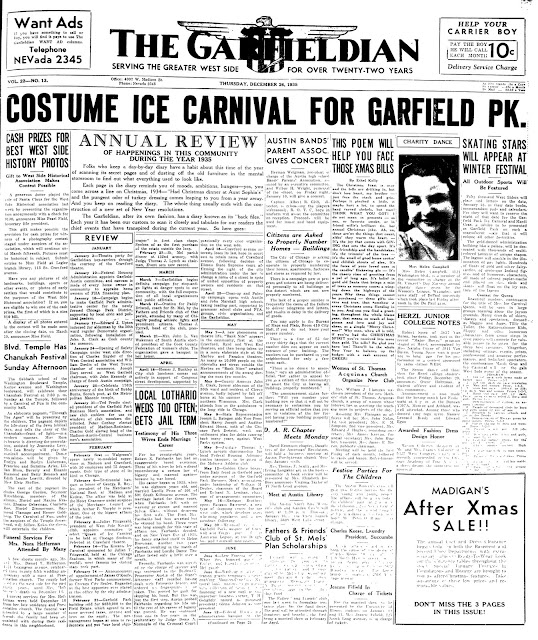 Posted by Elaine McIntyre Beaudoin at 7:50 PM No comments:


This photo of the mural behind the altar at St. Thomas Aquinas Church was provided by Patrick T. Reardon, Class of 1963. The mural was a copy of The Apotheosis [glorification] of St. Thomas Aquinas by the Spanish Renaissance master, Zurbaran.

It seems since the Church was re-dedicated to St. Martin de Porres in February 1992, it didn't make much sense to have the huge mural to St. Thomas Aquinas behind the altar.

Pictured above is Rev. Thomas Libera, Pastor c1988-c1995.  Thanks to Barbara Vina for identifying him.

Pat, thanks for sharing the photo.

"At St. Thomas Aquinas Church in Austin on Chicago's Far West Side, there was a painting behind the altar that was modeled on one by a somewhat famous Spaniard, Francisco Zubaran. Here is Zubaran's image on the left and the STA image on the right. BTW, to curry favor with the pastor, Msgr. William Long, the painter put Long's face on the guy in front of the group on the left in the lowest level. He also painted Long's face as St. William in another part of the church." 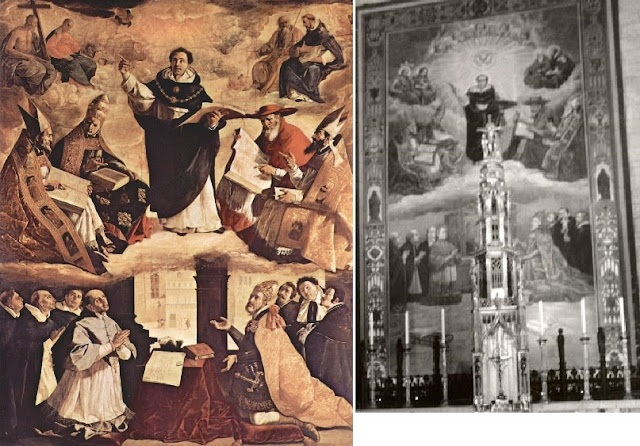 Thanks Patrick for sharing the additional information.
Posted by Elaine McIntyre Beaudoin at 4:00 PM 4 comments:

Another wonderful booklet from the past of St. Thomas Aquinas. More than 80 years ago, the graduates of 1936 were pictured in this graduation booklet. Thank you to Marilyn Segerson (Class of 1968) for the document and to Bill Pappas (Class of 1968) for sending the scanned copy. To enlarge, double click on image. 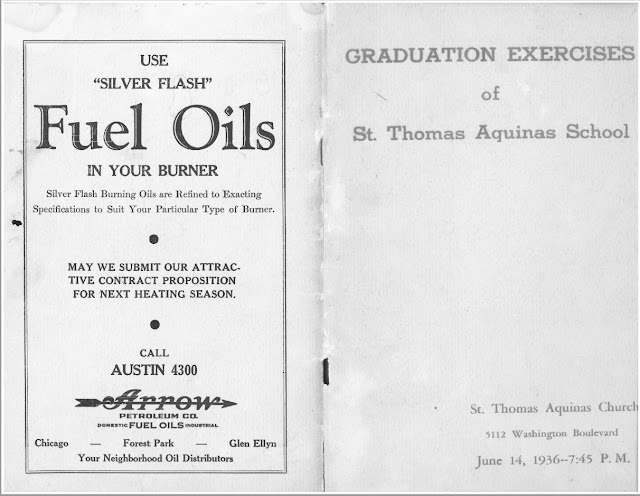 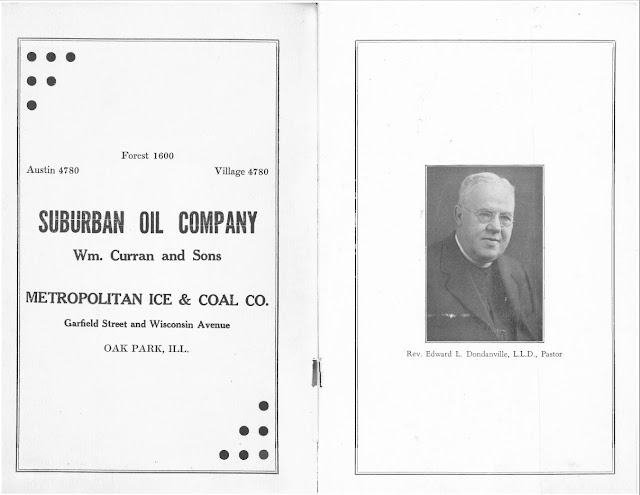 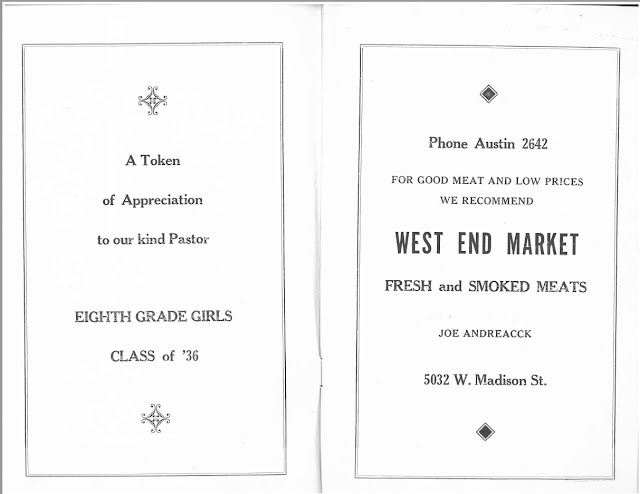 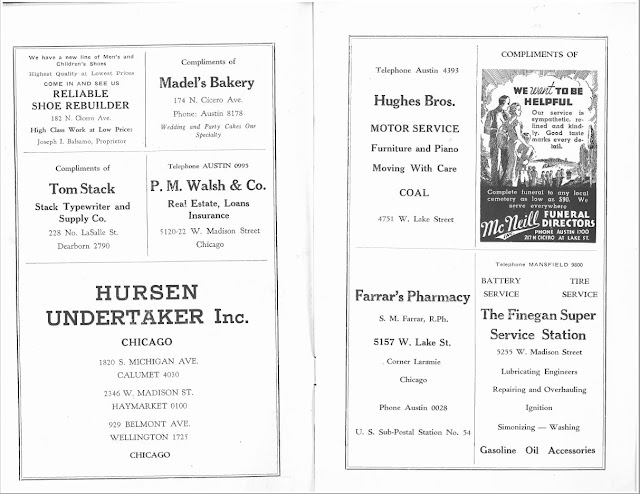 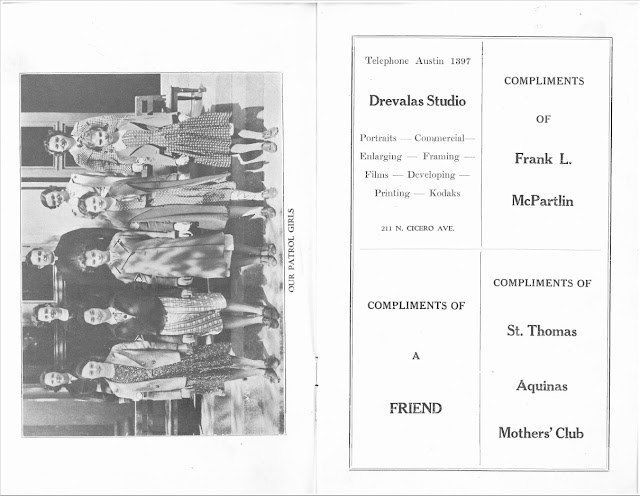 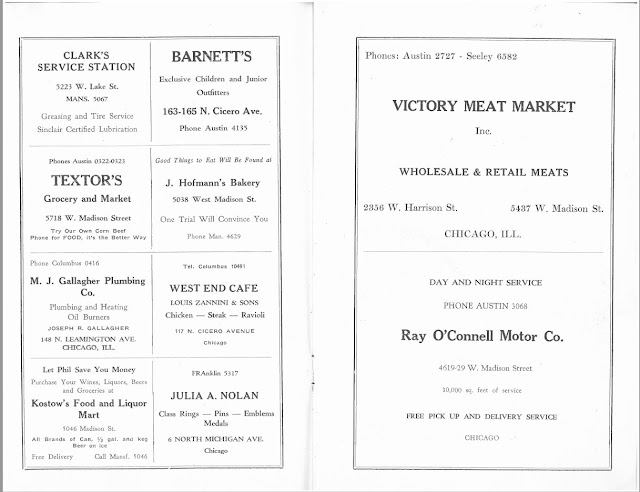 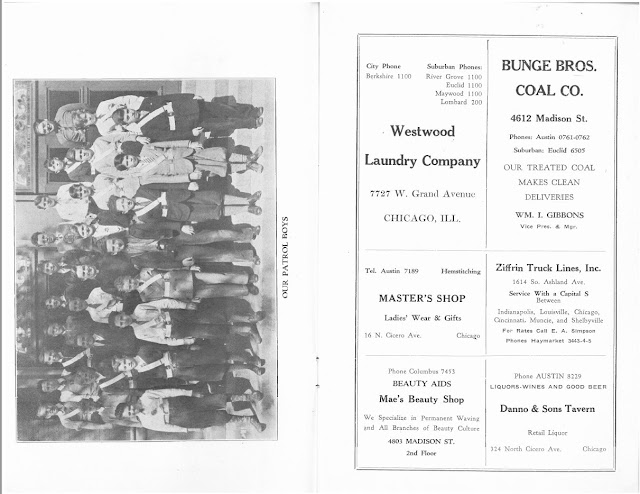 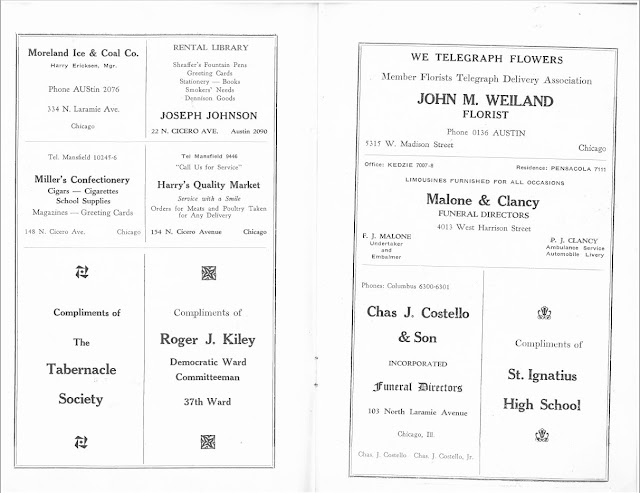 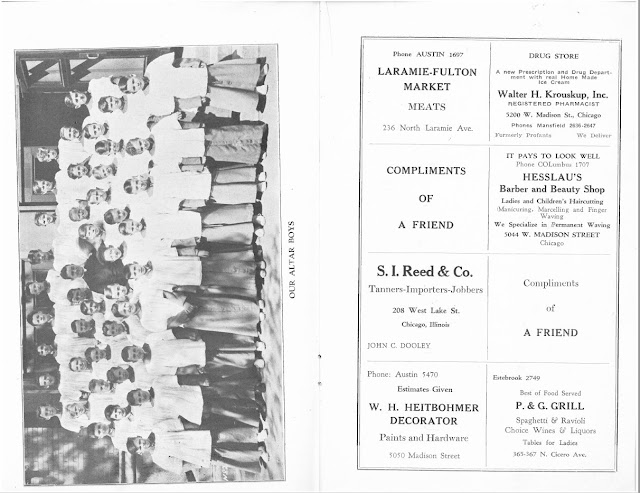 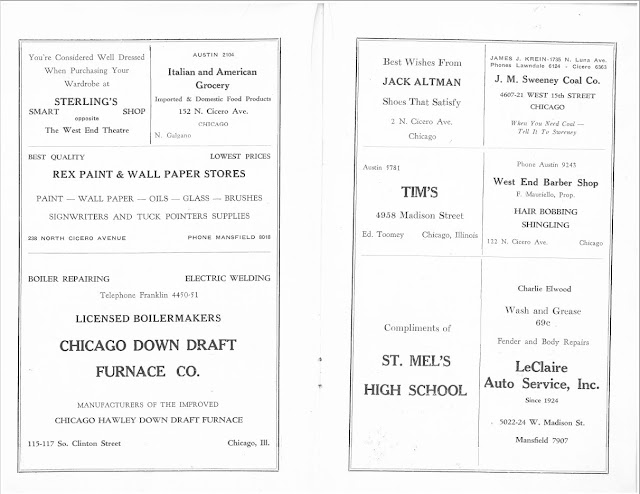 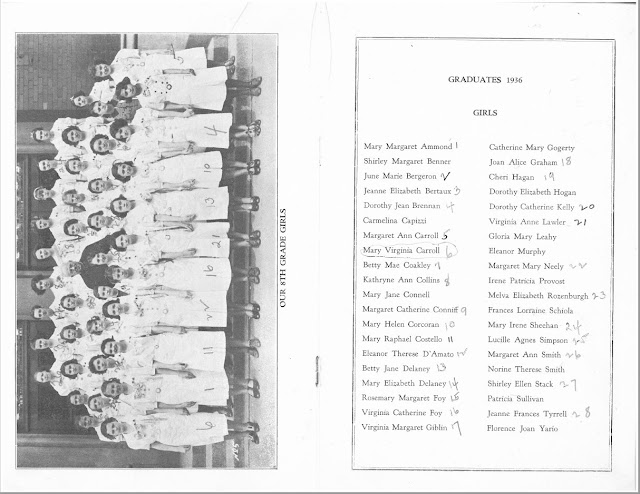 Continued on next blog post.
Posted by Elaine McIntyre Beaudoin at 3:57 PM No comments: 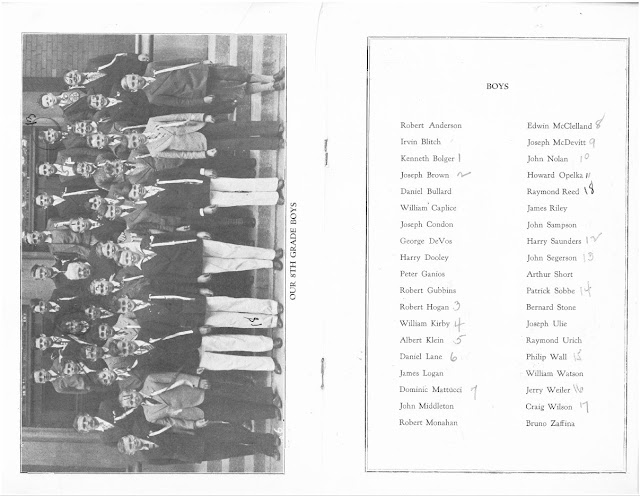 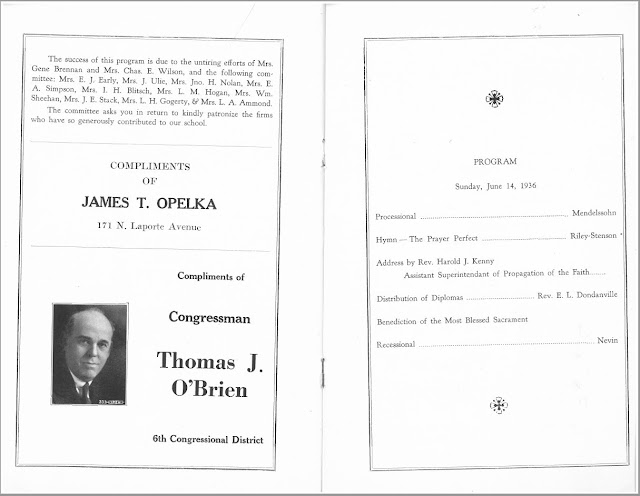 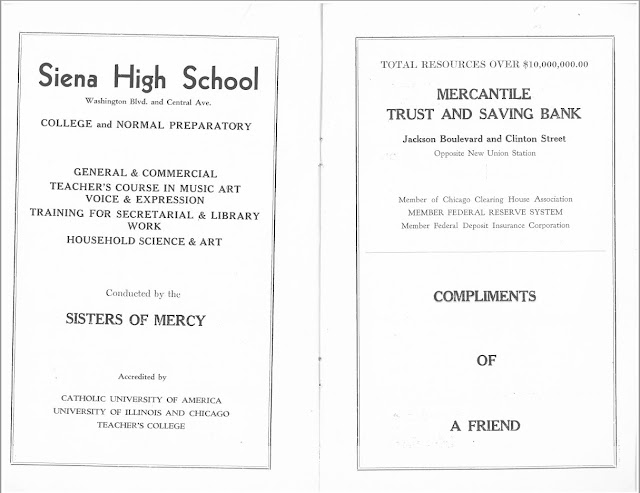 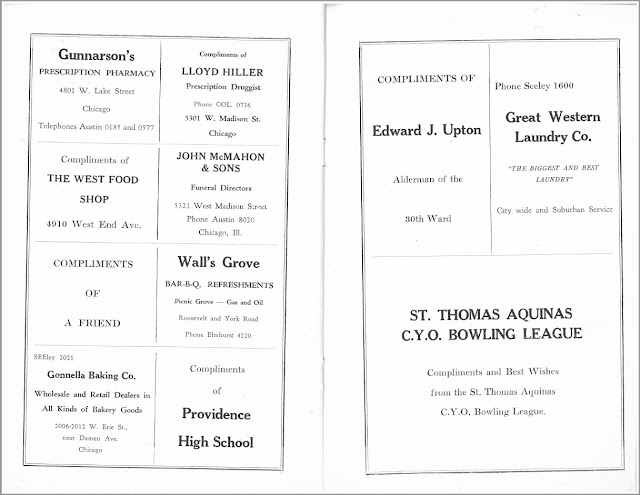 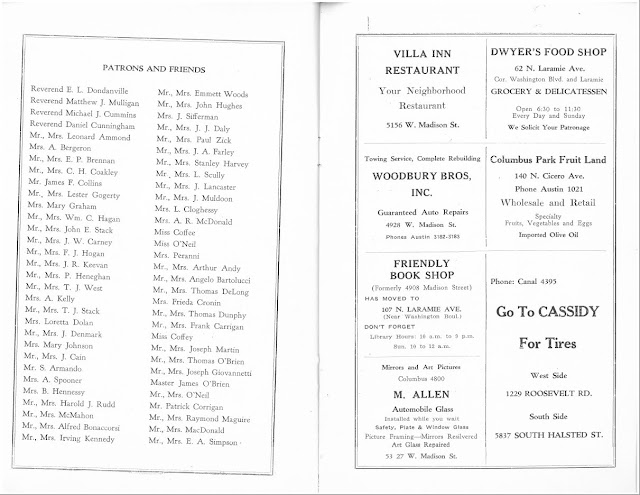 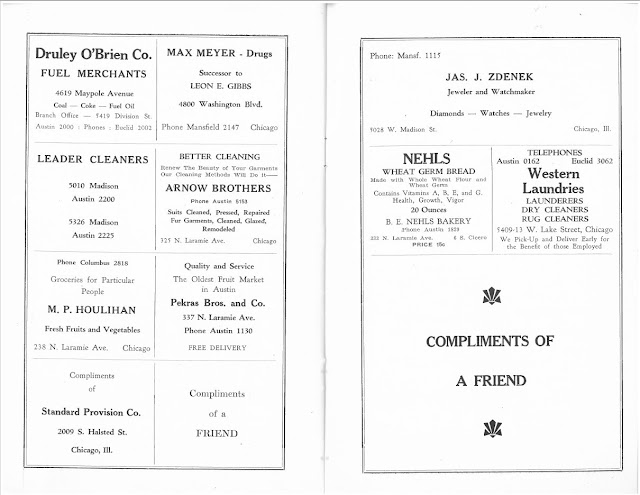 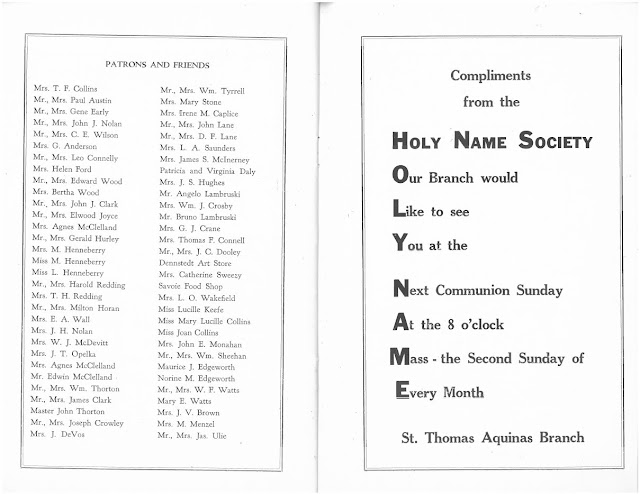 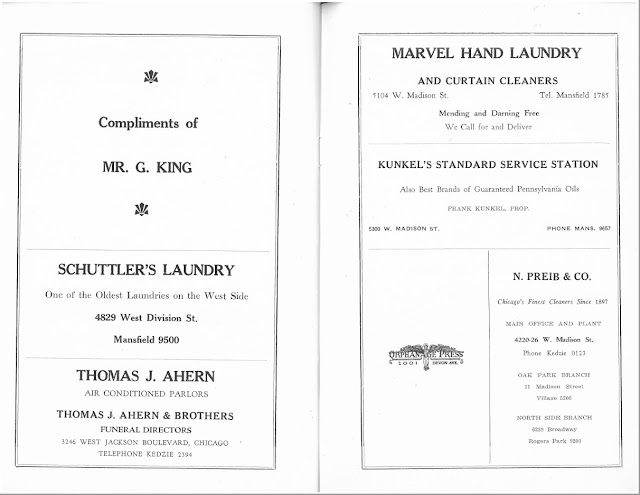 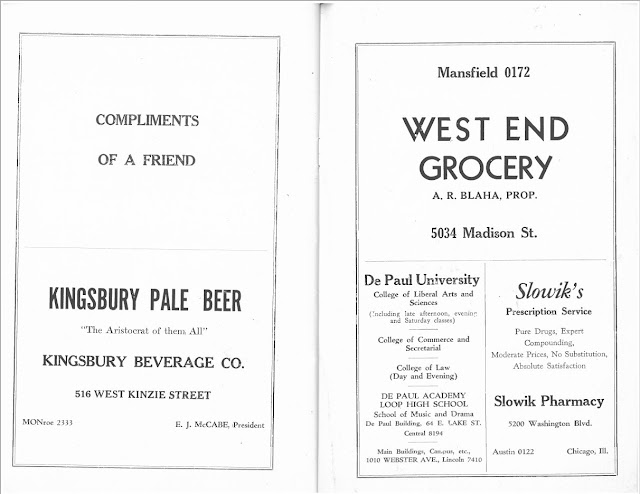 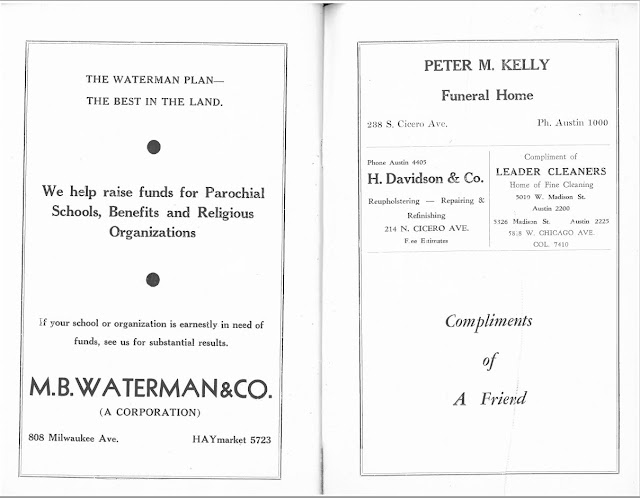 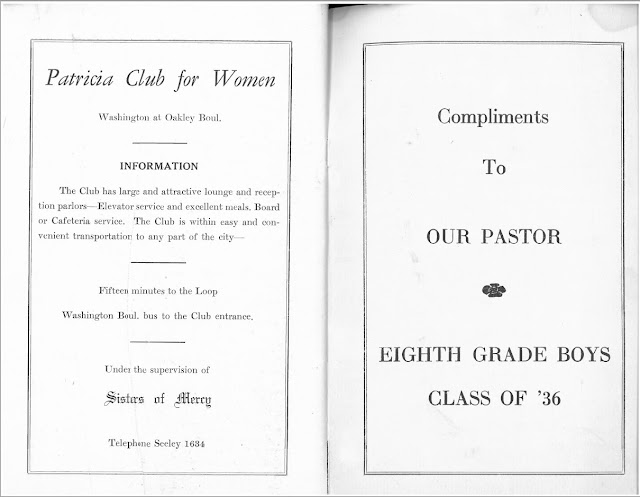 Thank you Marilyn Segerson and Bill Pappas for continuing to build our past!
Posted by Elaine McIntyre Beaudoin at 3:55 PM No comments:

We have posted the largest image file received. Try clicking on an image to enlarge. If the image can be expanded, it will open in a separate window.

Although this Blog started out focused on the Class of 1960, many individuals from other classes have contributed information, photos and stories which specifically reflect their class. Where this is the case, a "Search Term" has been added to the post which identifies that particular graduating class and is identified above in the list of Search Terms.

Please enjoy the various-year class photos, memorabilia items and remembrances from St. Thomas Aquinas. We'd love to hear from you. Please leave a comment (or two) remembering your STA days.

If you have photos or stories you would like to contribute, contact Elaine McIntyre Beaudoin at elaine.beaudoin@gmail.com and she will work with you to add your material.

As we learn of the death of any of our Class of 1960 classmates, we will list them with whatever information is known. Our thoughts and prayers are with our deceased classmates and their families. Click on hyperlinked name to view the posting with more information.

In Memoriam - Other Classes

Do You Know Where They Are?

The 1960 Reunion Committee has been unable to locate the following classmates. If you know how to get in touch with them, please contact Elaine McIntyre Beaudoin at elaine.beaudoin@gmail.com. We will contact them so they might join us for our next reunion. Thanks for your help.